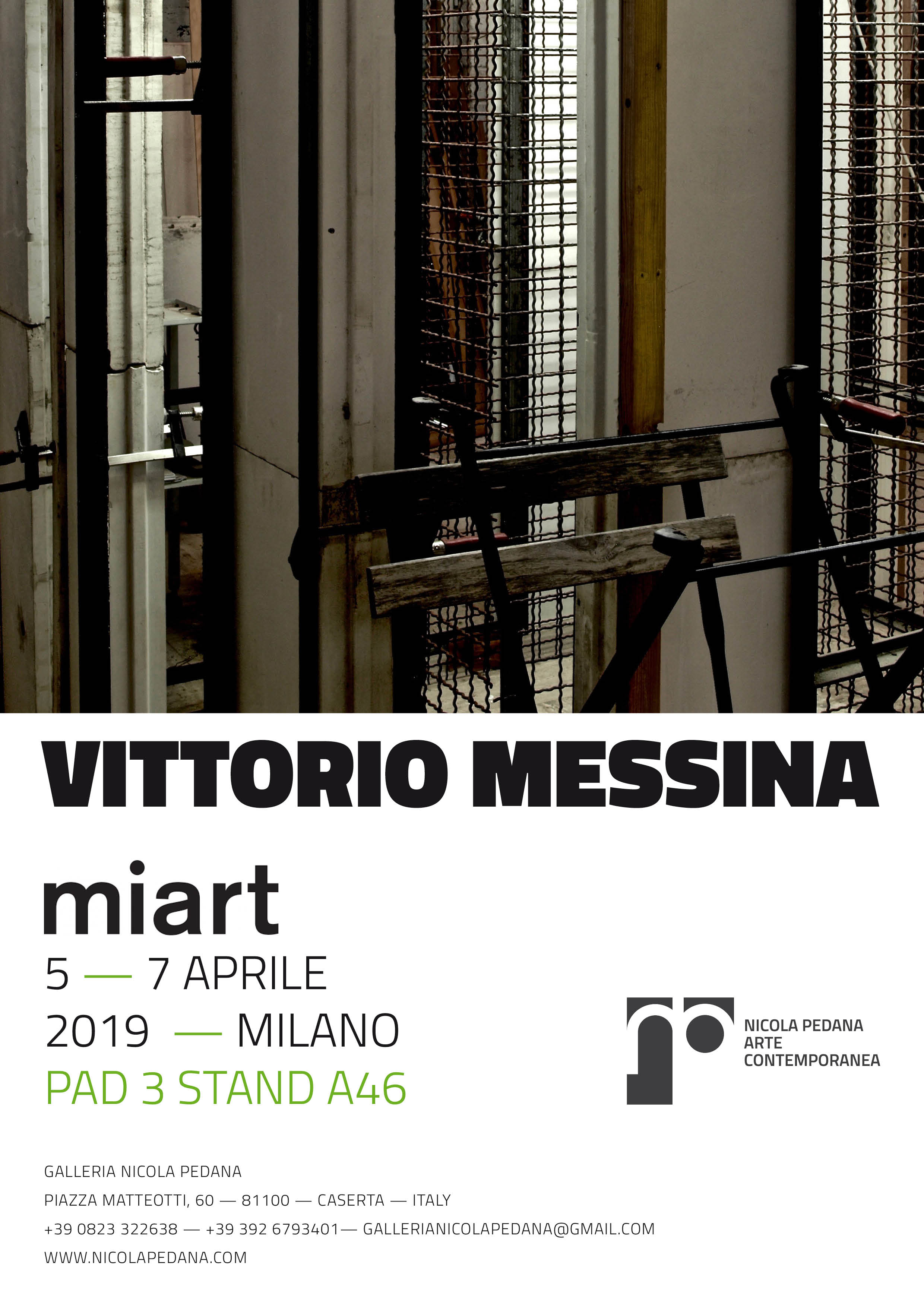 On the occasion of 24th Miart edition (from 5 to 7 April 2019) in Milan, the Nicola Pedana Gallery, in Hall 3 Stand A46, presents a solo show dedicated to Vittorio Messina, with a site-specific project.

The four exhibited works go over some major aspects of the artist’s research. In particular, a large installation, “Una cella in andata, una cella in ritorno” [A cell going, a cell coming back] dated 1999-2000, intends to be almost an archetype, a plastic type where the artist has narrated his own vision of urban space as a “habitat”, with a view to the most stringent contemporaneity. The sites and the “Celle” [Cells] in particular, appear as an emblem of the place where time identifies with past experiences; in the Cells we find expressed the simultaneity of constructing and inserting the factor of discontinuity and of “ruin”.

The other three works on show in Miart 2019 solo show mark the modulation of the walls as if to indicate, with the central installation, Messina’s intention di attribute to all three dimensions of space the possibility to appear in a dialectic manner. All three works in fact, which if on the one hand seem to revive the extreme and rarefied identity of the “stanza” [chamber], on the other hand appear like extracts, like “natural” details of the construction of the cell, as if one wished to convey a continuity and a tension among the parts (identified as “particulars”), and the works themselves. Even the titles, “Passaggi” [Passages], “Chamber Piece 2” e “Paesaggio con luce lontana” [Landscape with a Distant Light], reveal this twofold, paradoxical energy: if on the one hand they are unequivocally new and recently invented, on the other hand, through reference to ”uncertainty”, they tend to suggest a sort of “liquid” continuity, stretching indefinitely as a quest for an “impertinent” nomination.