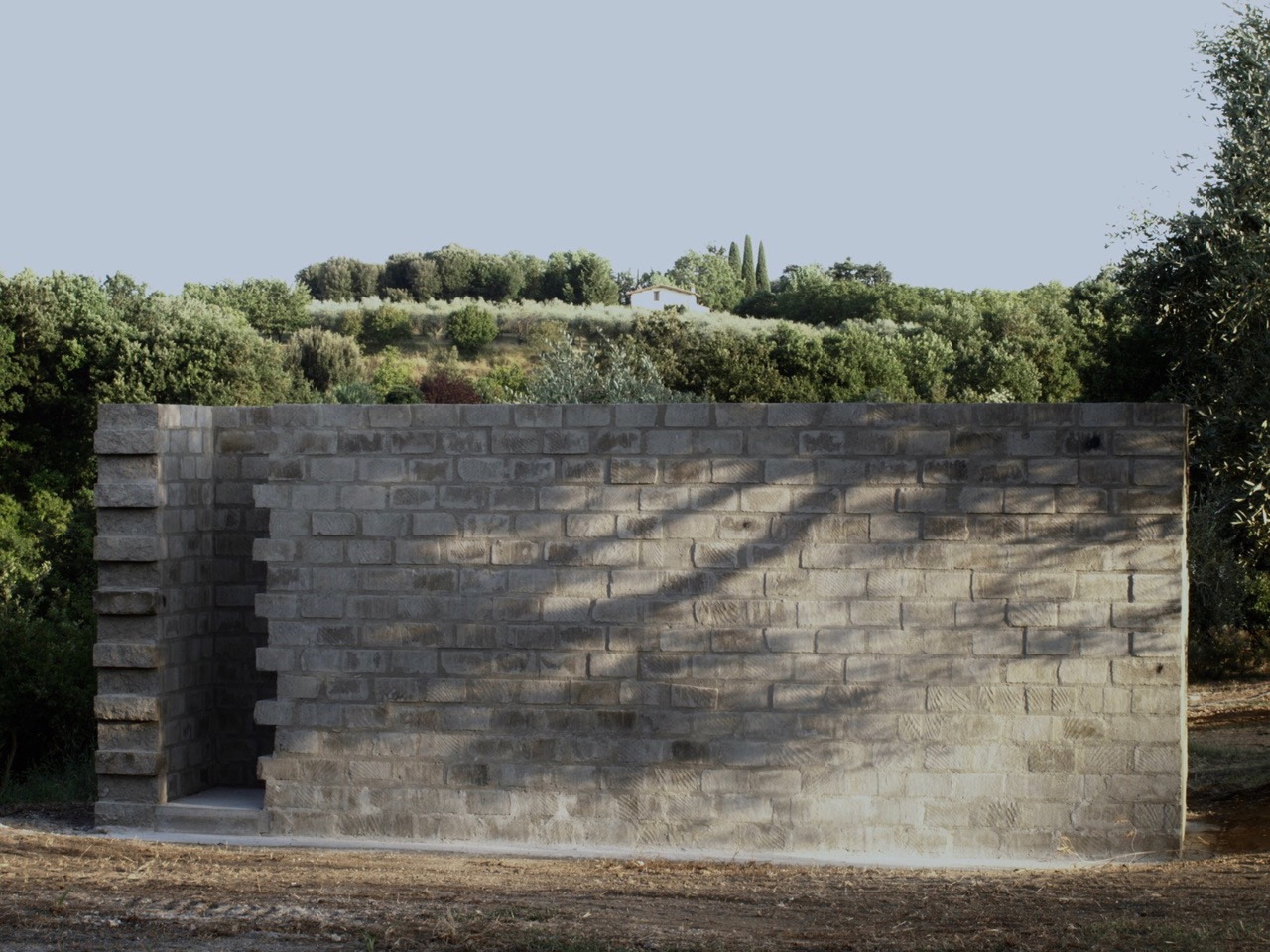 The third edition of Sculptures in the Field – International Sculpture Park opens on Saturday, 21st September 2019in Bassano in Teverina (VT) at Casetta Lola and il Querceto. “Sculptures in the Field”is the outcome of the will to take contemporary sculpture out of traditional art spaces (museums, biennial exhibitions, galleries and so forth) to integrate it in a context that is governed more by natural laws than by social laws.

The project, strongly supported by artist Lucilla Cataniaand shared with art critics Alberto Dambruosoand Roberto Gramiccia, presents on this occasion four new works, among which Vittorio Messina’s “Palagio il cui tetto di cristallo” [The Palace whose Crystal Roof]. «This work by Vittorio Messina – Alberto Dambruoso writes in the catalogue – looks almost like a building not yet completed. But here, if you get closer, you can observe how such incompleteness was intentionally designed by the artist. Messina’s quest rests on the principle of uncertainty theorized by Heisenberg back in 1927, whereby the physicist challenged the efficacy of the law of causality proving that it is impossible to exactly verify things. Hence that sense of precariousness and lack of finiteness we can detect in all Messina’s works. In the work that was specially designed for Lucilla Catania’s Park, Messina drew inspiration from another great writer of the twentieth century, James Joyce and, in particular, from a passage in Ulysses where the Irish author describes a shining  “palace” whose crystal glittering roof” (which is also the title of  Messina’s sculpture installation) “is seen by mariners who traverse the extensive sea in barks built expressly for that purpose, and thither come all herds and fatlings and firstfruits of that land …”. The artist has therefore built a sort of labyrinth (also the latter was probably inspired by one of Ulysses’ protagonists, Dedalus), an open-air space with two symmetrical entrances that disorientate observers, who expect to come out in a room whereas they end up at the exit, which serves as an additional entrance though. The work is in actual fact a metaphor of the utopia of art (so as it was in Joyce) and in this case it is Lucilla Catania’s utopia, she is filling her personal garden with fruits of art turning it into everyone’s heritage».